About the Office Pro 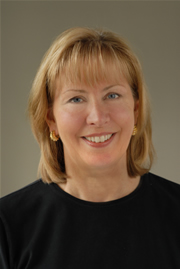 Judy Beaver has more than 20 years of professional business experience as an office manager and consumer affairs manager. As an office manager, she was a “Jill of All Trades, Master of One” - application software. Judy authored the article, “Have Your Way with Word,” for OfficePro, the magazine for administrative professionals.

After graduating with an MBA in information systems from Keller Graduate School of Management, Judy spent over 15 years as a part-time computer software trainer. She added business communication to her teaching curriculum and has been an adjunct instructor at several Chicago suburban colleges.

Judy received a bachelor's degree in nutrition from Western Illinois University. She began her career as a home economist working in a test kitchen and was promoted to consumer affairs manager. Judy appeared on “Make it Easy, Make it Microwave,” a cable TV cooking show, demonstrating candy making and cake decorating.

While she worked toward becoming a Competent Toastmaster, Judy won first place in the 1997 Humorous Speech Contest for the Chicago Northwest 2 Area. Rumor has it that she was the only contestant, which is the reason for her mantra-Woody Allen's quotation, “Eighty percent of success is showing up.” Later, she received second place in the Chicago Northwest Division contest. She served as the Vice President of Education in the Schaumburg Area Toastmasters club.

Her professional affiliations include Chicagoland Chapter of the American Society of Training and Development (CCASTD), National Association of Women Business Owners (NAWB0), and Empowering Women Network (EWN). She chairs the NAWBO-Chicago Membership Retention Committee and serves on the EWN Leadership Team. Judy volunteers as a career counselor at the Community Career Center in Naperville, helping people with resumes and interviewing skills.

What do you think when you see an error in an e-mail?

Know the value of a mistake-free document. Celebrate National Proofreading Day on March 8!